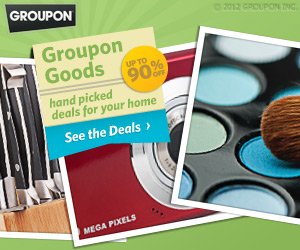 I have to admit that I am not the type that is big on coupon clipping.  I know that is weird to see on a personal finance site since I am supposed to be all about tips for saving money.  Many people don’t use coupons because of the social taboo of appearing ‘cheap.’  For me the much bigger factor is convenience.  I am just too lazy to bother looking for, clipping out, saving, and remembering to use coupons.  I have seen the shows and read the articles about people saving hundreds of dollars using coupons, but I just don’t think I really consume enough to justify the bother.

That being said, I have to acknowledge that Groupon is a pretty cool idea.  It’s such a cool idea, that it may actually define local business forever.  The logistics of advertisement and promotional vehicles that only the big companies could use before, are now readily acceptable for any mom-and-pop establishment that uses Groupon.  Because of this I think the hype is justified.

To summarize, Groupon is basically a personalized super-duper coupon book that is consistently updated daily.  It is run through your email so there is no ‘lost’ time like snail mail advertisements.  After you sign up and give Groupon your email they will send you a ‘daily deal’ every day.  What makes Groupon so unique and helpful is that the daily deal for Toronto will never show up in your mailbox if you live in Vancouver!  It is all geographically fine-tuned to provide you with relevant offers in your area.

What Do You Get a ‘Groupon’ For?

Businesses decide on a great deal to promote their product.  This deal is only worth it to the business if they can bring in massive amounts of people and get a huge amount of exposure; therefore, the Groupon deal of the day is contingent upon selling a certain number of vouchers (which they almost always do).  One of the main reasons Groupon has been so successful is that they are not offering the standard 10% off, or “Buy one, get one half off.”  Instead they are offering massive discounts at 50-90% off the normal price.

The process is so simple (at least for most post-secondary students who are used to running their lives online these days).  You merely set up your Groupon account then click the deal of the day.  You make the purchase with your credit card, and in return Groupon sends you your redeemable voucher.  The voucher is never for 6 weeks in advance, so you don’t have to worry about saving it etc.  Just put it in your wallet for the next day or so and you’re good to go! Related: The Lazy Miracle Of Online Shopping

The vast majority of students I know are constantly looking to get out and try new things, but stupid little things like a budget, or debt keep getting in the way.  Groupon is a great way to remedy that.  Suddenly tours, restaurants, concerts etc, are all available at less than half of their usual rate!  If you’re like me and are too lazy to really get to know your whole city (living on campus has a tendency to narrow your outlook), Groupon can even act as a quick way to make you aware of what is actually out there in your city.  Even if you don’t have quite as good an experience as your ‘usual’ spot, it will cost you next to nothing, and you spiced up your life a little! Related: Party Hard, Save Hard

Tell The World, Reap The Benefits

Groupon has some smart marketing machines behind them and they have an effective referral feature (no I won’t take advantage through this site) where you can earn “Groupon Bucks” in return for getting others to sign up and take part in a daily deal.  So if you’re the first of your friends to get in on the quickly growing movement, you might be able to earn yourself a couple of cheap daily deals just by introducing your friends.

Of course the huge success of Groupon has spawned a legion of wannabes.  A few quick ones that I have seen advertised are: Yippit, Living Social, Tippr, WagJag (purely Canadian), and Team Buy.  I’m sure there are dozens more, but they all offer similar features to Groupon.  I suppose if a person wanted to fully optimize the service they would sign up for all of these sites for their area and the simply check their email for the best daily deal every morning.  I’m not going to lie, I’m not that organized yet.

For The Investors Out There…

People are gaga for anything that has the term ‘social network’ attached to it these days.  The craziness over the Initial Public Offerings (IPOs) of Facebook and Groupon remind me so much of the tech bubble that popped in 2000.  While I think social networking is indeed the wave of the future, I still believe the monetization model is pretty fuzzy.  Certainly there are better buys out there than the 33X earnings (with likely no prospect of a dividend for awhile) Groupon is offering, even if its income is rising steadily.  My guess is that with all these other niche copy-cats cutting into Groupon’s market share, it will more than balance out the new users coming to the table.  Remember to always be deeply suspicious of investing in the latest ‘hot fad’ that ‘all the experts love.’  This is a sure fire way of buying at the peak and being disappointed in your end results.